This week’s material was philosophically-based, and it was good to dig deep into the foundations of who I am and what I am as a designer and how I can use that to communicate my ideas with others.

This was a fascinating lecture look back at the history of thinking around the self and consciousness, starting from when Copernicus proposed that the Earth revolved around the sun, rather than the opposite, in 1543. This caused a shift in thinking from seeing the world from a symbolic perspective to a scientific one. With the rise of industry and new technologies, power shifted from the ruling elite to the people and meant that Western autocracies fell.

Hoskin then introduced Freud’s Iceberg model as part of depth psychology as a way to illustrate the parts of self that were immediately reachable and the parts more hidden. 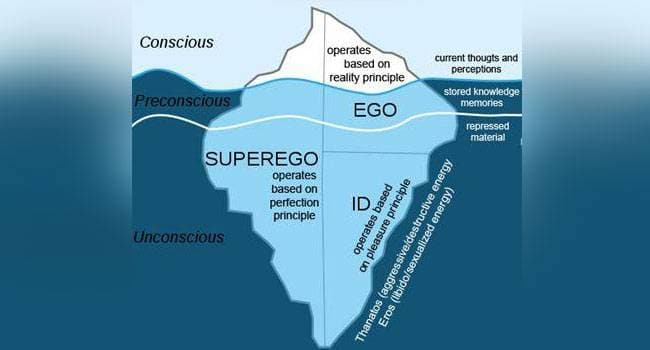 It was a ground-breaking model at the time like, say, Mendeleev’s periodic table, that has now been surpassed and built upon. Jung, Freud’s associate, disagreed with him that sexual desires were human’s primary drive, and went on to create a model of the Archetypal Self. 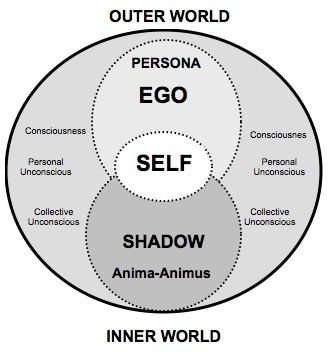 Sometimes discussion of the philosophical self doesn’t connect with me much: I can understand the theory, but don’t identify with it within myself. When Hoskins moved onto explaining the archetypes used in branding, for example, the hero, I began to place the philosophy into the world.

Freud’s nephew, Edward Bernays pioneered what we now think of as marketing and propaganda, and his campaigns were effective because they drew on the philosophy of the time, rather than regarding it as a separate field of study.

Hoskin then moved onto what it means to exist, to be today. He mentioned that rather than people accepting your word that “I was there”, that a selfie is a more common identifier that we exist: “I can be Googled, therefore I am.”

I haven’t done the best in summing up the lecture, and I feel like I’m still getting to grips with it.

Giddens, A., (1991) The Trajectory of the Self. Cambridge: Polity Press

I feel like I understood more of this resource because it covers similar ground to Cognitive Behaviour Therapy (CBT). Exercises such as writing a journal and becoming aware of your thoughts, good or bad, are core elements of the therapy.

I found it interesting when Giddens expressed that “the writing of autobiographies (as well as biographies) only developed during the modern period” and that “autobiography … is actually at the core of self-identity in modern social life”. Writing a diary, or consciously asking how we are feeling forms a type of unofficial biography where we become aware of ourselves in our own context.

The following pages deal with “pure relationships” and “body awareness” that stepped out of my understanding, although I did find the examination of what anorexia means in the modern “open social environment” absorbing to read.