Define and analyse your research into local typographic language and experiment with new and original letterforms.

My main idea stems from multiculturalism: Walthamstow has attracted people from all over the world for centuries. In the Domesday Book, the name was recorded as “Wilcumstowe”, from the old words for Welcome. Walthamstow is at the end of the Victoria line, and it’s a place people travel to stop, stay and settle.

Looking back at GDE740, Week 6, I incorporated the languages for “Welcome to” in the most prevalent languages in Walthamstow according to the census. This is the piece I came up with, combining languages and a pastiche of local artists William Morris and Madge Gill:

I want to draw from this and create a new piece of typography. Here are some examples of other languages in Walthamstow: 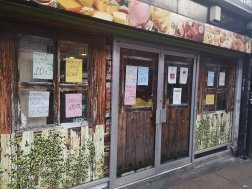 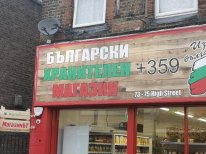 Separating out the letters to see what letterforms and features I will be working with: 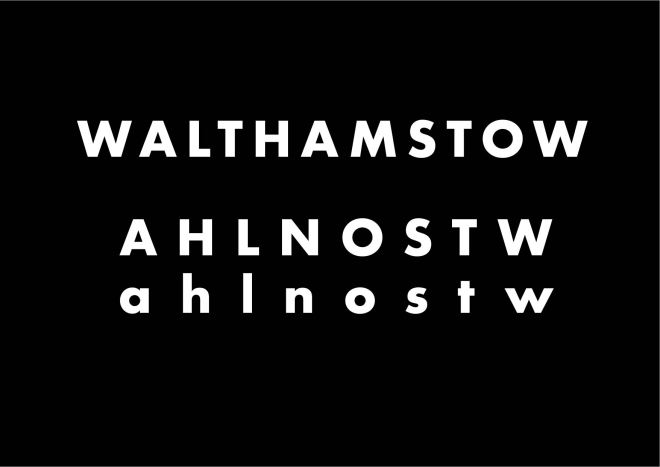 Develop, design and make new and original letterforms, which create a new and unique title typeface that spells out the name of your town or city.

In this sketch, I wanted to create a sense of many paths converging to one point and played around with shading in different areas. The letterforms themselves haven’t been worked on, but I think this could be an interesting effect to apply afterwards.

In my tutorial, Richard mentioned Patrick Thomas and how he has used William Morris designs to inspire new, computer patterns such as barcodes and QR codes. That’s one route I’d like to go down. I’ve also been looking at how Studio Lowrie has created a new identity for Mash Brewery and twisted letterforms that seem to be inspired by other languages:

I really love how the M A O W use the characteristics of the Latin alphabet type used for the other letters, but use angles and loops to distort the type into something more representative of Tamil. Also, the Cymru Sans in the lecture this week was really inspiring for how to incorporate an essence of an identity in a letterform.

Here are the character lists I created so that I could see the orthographic characters for each language most commonly used in Walthamstow (as per the 2010 census): 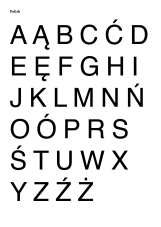 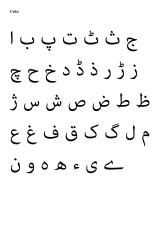 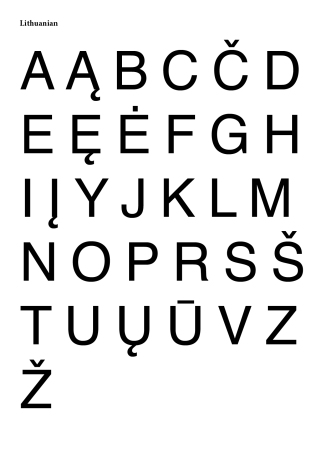 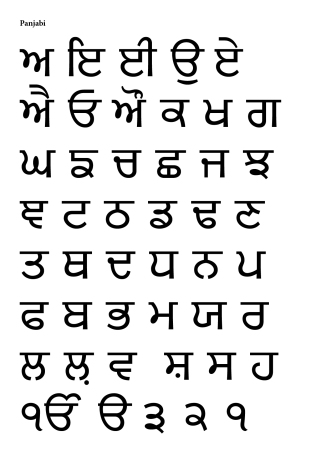 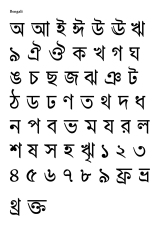 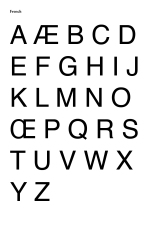 Looking over the glyphs, I drew inspiration from the loops in Panjabi and Tamil:

Mix of straight and curved lines:

W shapes that were played around with later:

Arabic glyph that looked like an S and contrasted curves and straight lines:

Curbed and loops finials and wedge shape on downward strokes:

Combining different elements together, I made some letterforms as a trial: 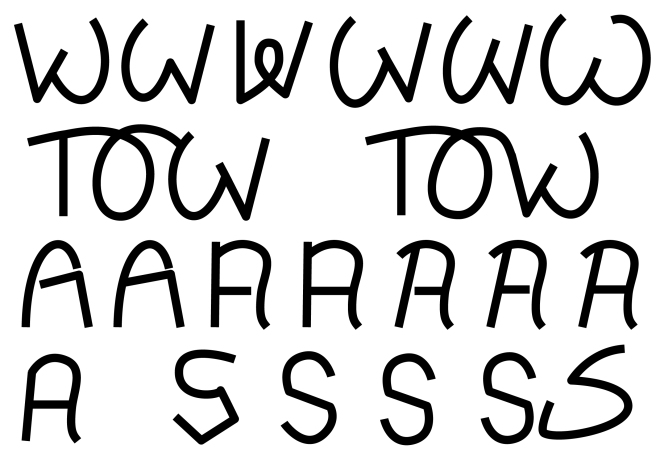 And got some great peer and tutor feedback:

My first attempt to combine letters together. There does need to be finessing, but I am happy at this stage at the overall shape of the letters.

This was always intended to be a working start, and people recognised it as such! Richard suggested that I could link the letters; it’s always my inclination to do so, and this time I wanted to fight the urge. He also challenged me to improve the composition, as the word is long. However, I don’t like how the word could break. Because Walthamstow starts and ends with W, I thought that I could design a circle where the letters loop around as a ring, starting and ending with a W. This is a rough set out of the letters …

From here I could see how to link the letters … 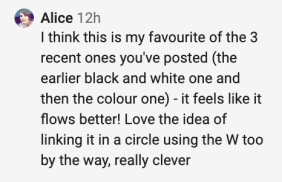 This could be the mono logo, but I wanted to add colour and something else to finish it off. I tried colour and one-point perspective …

But this didn’t feel true to the letterform and rather overdone. My peers agree … 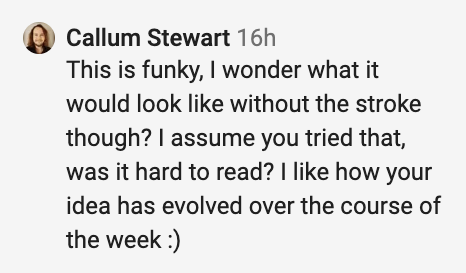 The colour is an inky blue with a roughened edge so that it seems inked on paper (perhaps it can be at a later date).

After revisiting my original inspiration, I feel like I have moved away from it whilst still retaining its essence. It has connection, flow and a nice contrast between curved and straight, looped and lopped!

In future iterations, I could include Bengali rounded down finials …

… and maybe the first A looks backwards, so I could tweak it a little to resolve this.

I’m happy with this!

Collaborate through group discussions on the Ideas Wall.