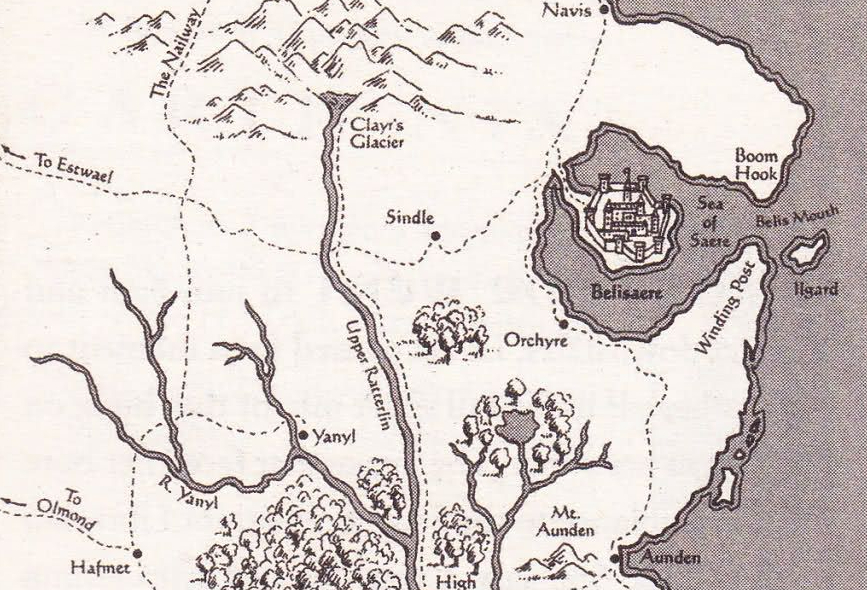 When I applied for this course, my original idea was to create graphic props intended for the imagined filming of Garth Nix’s Old Kingdom series. The books are set across a border between a country similar to ours in roughly the early twentieth century and a country full of magic and mystery. I felt the scope of graphic material and opportunity for creativity was immense and wanted to be the Arts Department for a production of the series.

Several years ago I visited the Harry Potter World in Watford and was disappointed. The sets and exhibition were fantastic, but I didn’t realise until that point that what I most wanted to see, and what made the Harry Potter films real for me were the printed props created by Studio Mina Lima (Eduardo Lima and Miraphora Mina). At the time, the graphic props were featured in small cabinets along a corridor to the canteen and I felt disappointed that they weren’t featured more prominently. Subsequently, Mina Lima have opened a shop-cum-gallery in London of their work on the Harry Potter universe and further work and this sparked my interest in graphic design in films. At the D&AD Festival last year, I attended talks by Mina Lima and the lead graphic designer for Wes Anderson’s Isle of Dogs, Erica Dorn, about how they created the universes of their respective films.

The exposure to this part of the industry made me think about, if I was in the position to work in this way, which works would I choose and what would I create for a screen version? Garth Nix’s The Old Kingdom trilogy has always held me in thrall, particularly its magical props and books. I have started to gather references and information about the objects with this intention.

As a background, the series takes place in a universe similar to ours, with one world (Ancelstierre) set approximately ninety years ago with comparable technology and it borders another world, “The Old Kingdom”, where magic and chaos rule and where technology from Ancelstierre (including paper) degrades upon crossing the border.

The project would take in a few strands in that I would research how graphic designers such as Mina Lima fit into the film production universe and the changes that have occurred within the role over the past years. This would be done through interviews  and archives. I would then research the process through which the designers created the graphic props that were used in the film they were working on, from original inspiration to the physical techniques, such as calligraphy, typesetting, bookbinding. Using this research I would go on to develop my own process and create select graphic design props as if I had been commissioned.

I have already identified several props that could be created for the project. I could narrow it down or broaden them if appropriate.

The projects would be broadly split into those drawing inspiration from the medieval period for The Old Kingdom and those from modern history for the Ancelstierrian props. There is little to no movement over the border between the countries and suspicion of the other lingers in both societies, so there would be very little in the way of design influence and borrowing, which I would have to mind in the design process.

The final project would be presented as a written section including the research in the early stages and a presentation of the created props alongside the process behind each one. This would give me the experience of researching into design history and theory, an overview into the industry of film graphic design, and challenge me to use physical techniques to create my designs.

I started to gather resources from all over, including old manuscripts from exhibitions.

Now, having undertaken the four taught modules, I want to change direction. The project above I could do myself as a hobby and could be very solitary. I want to do a project that is engaged with the local community and take the chance to really, really push myself!